When driving around a safari park, tourists are always warned to stay in their cars – but few think to lock the doors.

Holidaymakers found out the hard way why it is imperative to lock all doors while visiting a safari park in South Africa, and even managed to capture their experience on camera.

Tourists Kaylene and Cindy were on holiday in South Africa visiting their parents when they came face to face with a terrifying big cat after it mastered the art of opening the car door with its teeth.

The two girls, whose parents were serving a mission in South Africa, filmed the extraordinary footage as the lioness appeared to stalk the car then leans up against the door and carefully opened it.

The tourists are happily chatting away and filming a pride of lions lazing in the sun when one inquisitive lioness stands up and strolls over to the vehicle.

The camera person can be heard saying’ Dad, he’s coming to the car, I think you’re going to have to….’ before correcting herself and saying ‘she’. 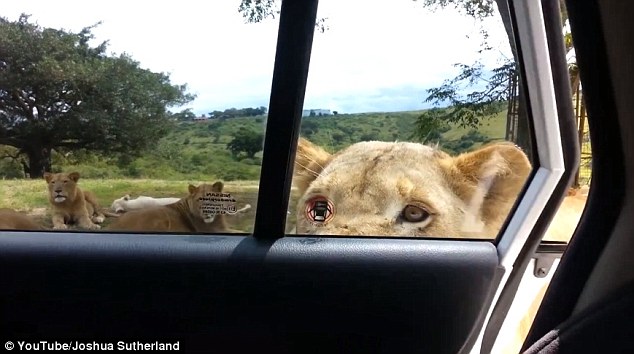 The lioness is sat with her pride, before idly standing up and strolling over to the car. The visitors can be heard snapping pictures and one sister asks the other: ‘Did you video him?’

As the lioness noses close to the door, her head visible from the window, Kaylene can be heard exclaiming: ‘Holy cow, Cindy

Then after appearing to peer in the window, the lion leisurely leans down and opens the door.

As the girls in the car scream, the door opens nearly halfway before they manage to slam it shut again. 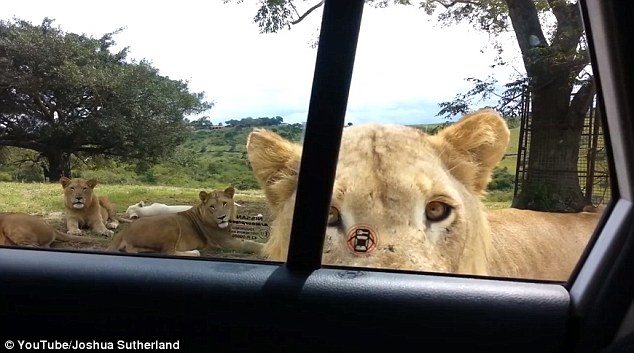 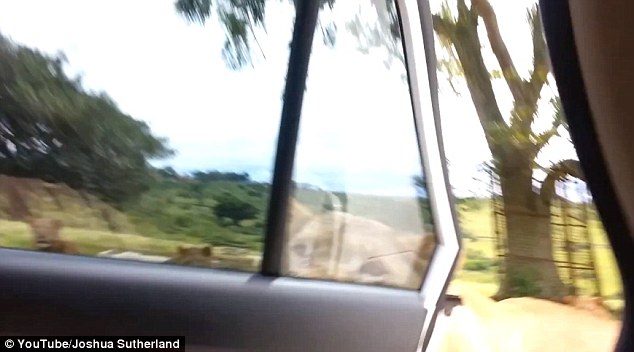 Then, before the tourists realise what is happening, the lioness manages to almost fully open the door

After the initial panic, there is laughter and one sister says: ‘Oh my gosh, I didn’t know they could do that.’

The other sister asks: ‘Is it locked? Are you sure?’ to which the other replies: ‘I hope so!’

As the girls recover form the shock, their mother can be heard in the background saying: ‘Well, you’ll have a story to tell.’

The footage was originally uploaded a year ago by the girls’ brother Joshua Sutherland, but has gone viral after it was posted to Reddit.

Is it common knowledge that doors should be locked on safari? Share [email protected]

Content Editor
Miriam is the cornerstone of content planning, fiercely dedicated to resolving the critical issues of the day. She loves a good challenge, thrives on deadlines, pressure and learning new things.

Best Drinking Destinations: What You Should Drink When You Travel

Golfing After Pandemic: Here’s Why Africa Should Be Your Next Destination