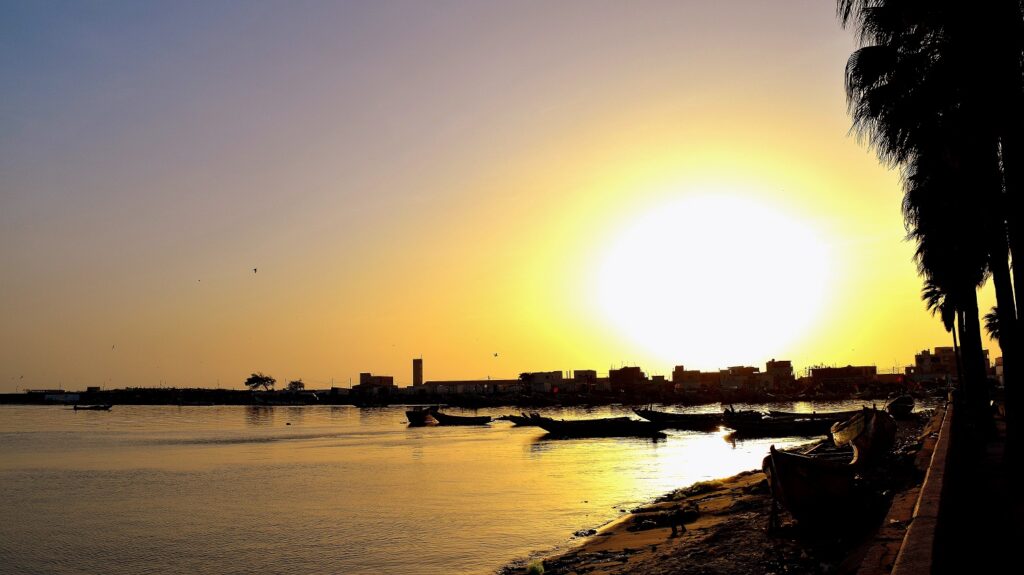 Being near or surrounded by water, Saint Louis enjoys a pleasant climate, even though it is in the tropics. It has two seasons: rainy, from June to October, and dry which runs from November to May. Evenings through to mid-mornings are often cool, with temperatures averaging 20°C a year. Day time average is about 31°C annually.

The island (Île de N’Dar) is a network of narrow streets and colonial buildings which are easy to explore by foot. However, you can choose the option of a calèche or a taxi to take you around. In 2000, was named a UNESCO World Heritage Site.

Saint Louis is big on tourism and it continues to attract tourists into Senegal regularly. The city is a melting pot of cultural diversity, blending the local with the French and Mediterranean Arabs, a feat which is reflected greatly in the cuisine and lifestyle.