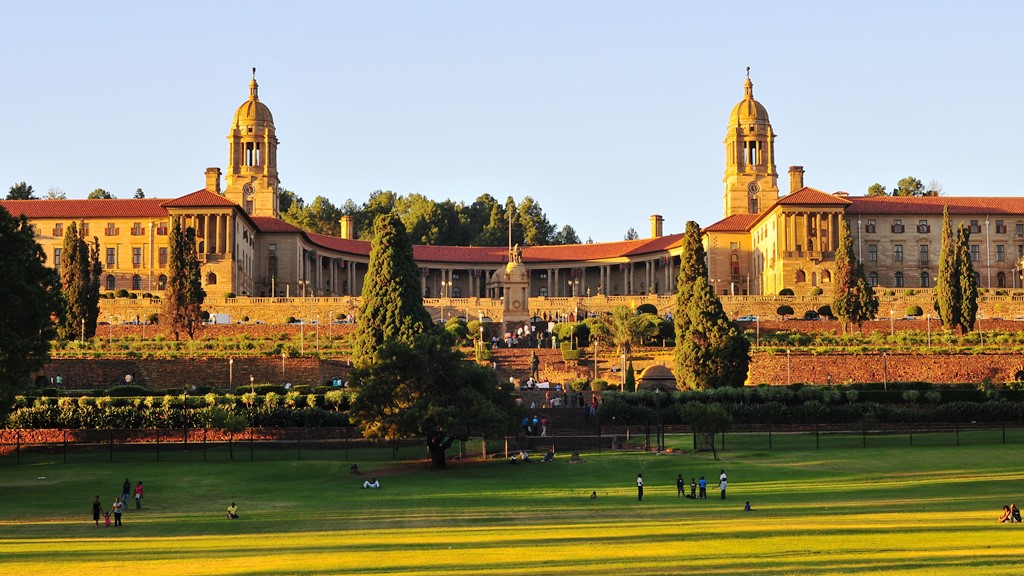 One of the three capital cities of South Africa, Pretoria serves as the administrative capital of the Rainbow Nation. It is also known as the Jacaranda City, because in October, its streets come alive with fully bloomed Jacaranda trees known for their bright purple blossoms.

Between the two cities, it is an average of a 45-minute to drive from Sandton in Johannesburg to Pretoria. (If you are visiting Johannesburg, it is easy to make Pretoria part of your trip). Pretoria, however, is indeed a city of its own, separate from Johannesburg both historically and characteristically (its pace is a far cry from the fast life Johannesburg is known for).

It is steeped in history, seen both in its buildings (especially the parliamentary buildings and museum) and monuments that litter the town. Pretoria lies in a valley sheltered from cold weather by the Magaliesberg mountain range, which means it is usually very warm and sunny.

Pretoria was originally occupied by the Ndebele in the 1600s. It was established as a permanent settlement in 1855 with the arrival of the first Afrikaans settlers by Voortrekker leader, Marthinus Pretorius. It was initially named after Marthinus’ father, Andries who had played an important role in the Voorthrekker’s victory over the Zulus in the Battle of Blood River.

Marthinus debated many names before settling for Pretoria. Today Pretoria has technically been renamed as Tshwane, but many have not embraced the new name, for their own political reasons.