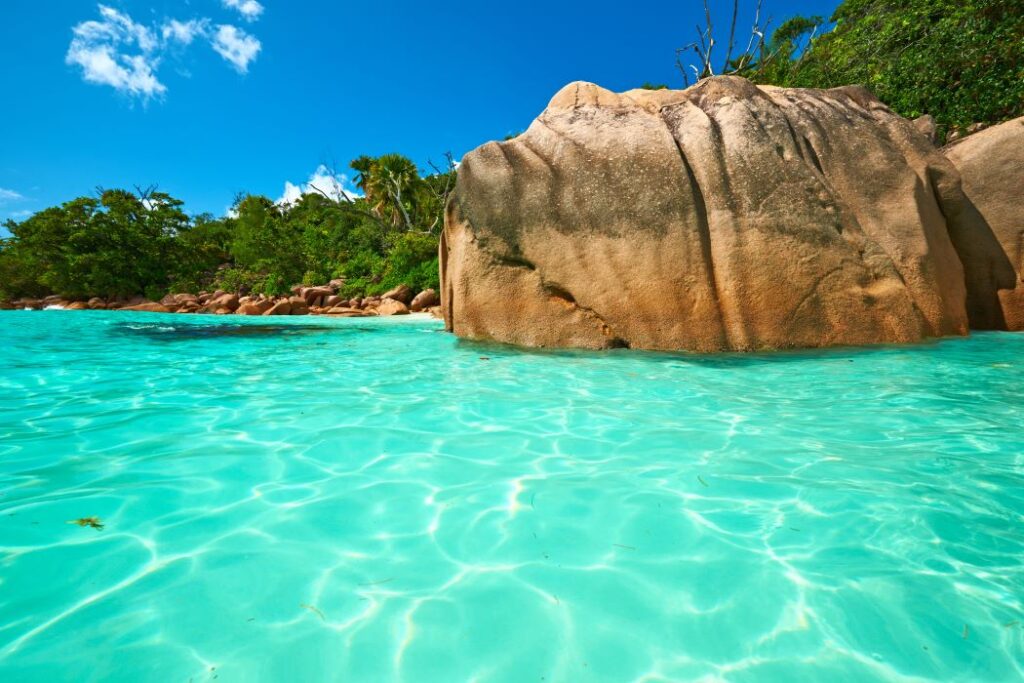 Seychelles’ second largest island, Praslin, lies 45 kilometers (24 miles) north-east of Mahé and is accessible by Air Seychelles domestic flights in 15 minutes. It is ideally situated for holidaymakers wishing to island hop to a handful of nearby exotic destinations such as Chauve Souris, Cousin, Curieuse, St. Pierre, La Digue and the Aride bird reserve.

It is also a haven for nature lovers seeking rare endemic species such as the black parrot for which Praslin is the last habitat or wishing to explore the island’s network of footpaths.

Praslin’s original name of ‘Isle de Palme’ bears eloquent testament to its reputation as home to the Vallée de Mai UNESCO World Heritage Site, one of only two places in the world where the famous Coco-de-mer grows wild on palms 40 meters tall and some 200 years old. So impressive is this forest, even today, that it once led General Gordon (of Khartoum) to state his conviction that this was the site of the original Garden of Eden.

The island is divided by a ridge of hills running from east to west, intersected by a road that leads through the Vallée de Mai and possesses some of the most striking beaches of the archipelago such as Anse Lazio, widely acclaimed to be the most beautiful beach on earth.

Praslin, location of one of Seychelles’ most prestigious hotels, the five-star Lémuria Resort at Anse Kerlan with its 18-hole golf course, stands at the forefront of Praslin’s tourism industry with its rich assortment of hotels and guesthouses.

For more about Praslin, visit Seychelles.com