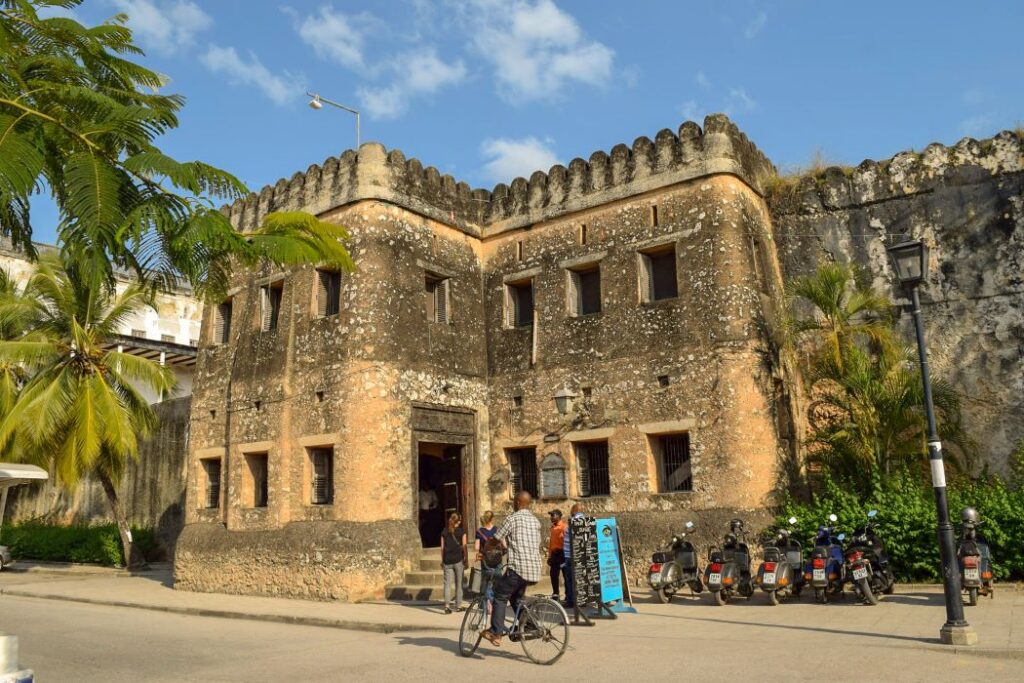 Known as Mji Mkongwe in Swahili, Stone Town is located on Unguja (Zanzibar Island), the main island of the famous archipelago collectively referred to as Zanzibar, a semi-autonomous part of Tanzania. While Unguja is regarded as the heart of the archipelago, Stone Town has been described as the soul.

Built on a triangular peninsula on the western coast of Unguja, Stone Town contains several impressive structures that reflects its unique culture which has blended elements of the contrasting cultures of Africa, Arabia, India and Europe for over a millennium. Importantly, it has retain the urban fabric and townscape virtually intact.

Initially a fishing village, the first stone houses were built around 1830s when the archipelago was under the Omani Sultanate. When Said Bin Sultan relocate his capital from Muscat in 1840, Stone Town was thrust into an era of quick development as the new capital of the Sultanate of Oman and Zanzibar.

War of succession led to a separation and the emergence of an independent Sultanate of Zanzibar in 1861.

As the century wound up, the sultanate fell to the Germans and later the British. An 1896 rebellion against British rule led to the shortest war in history, when the sultan surrendered after 45 minutes of naval bombardment of Stone Town.

Characterized by narrow mazy streets too small for cars, the multi-ethnic town is full of historic buildings and landmarks which include: Beit el Ajaib (House of Wonders), the Old Fort, Hamamni Persian Baths, 6 Hindu temples, 51 mosques, a Catholic as well as an Anglican cathedral, several museums, markets and squares. In the year 2000, Stone Town was designated a World Heritage Site by UNESCO.