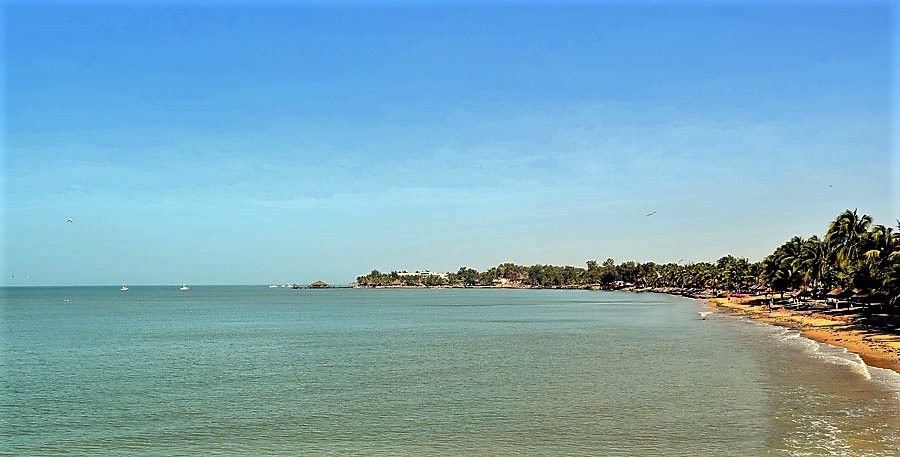 My time in Saly was short and fun; my stay at the Baobab Belge was very nice. I wish I had more time. After a couple of days in Dakar the capital, I headed on to Saly to meet with my Senegalese friend Diallo, who I had only been corresponding with via email and was yet to meet in person.

I arrived in Saly around 15:00hrs, disembarking at the fuel station along the main road. The air was dry and cool although the sun was ablaze. It was harmattan season. To get to Saly, I had boarded a Sept-Place heading to M’Bour from Dakar and the journey took about two hours. Sept-place is French for seven spots (seats), which is the number of passengers on the vehicle, usually a Peugeot station wagon.

I met with Diallo at La Place des Bougainvillées and a cab got us to the Baobab Belge in about 5mins. Being pretty tired after the long drive from Dakar, I declined Diallo’s offer to grab a bite at La Place des Bougainvillées, opting to get to my accommodation instead and settle in. Dominique, the Belgian owner of the B&B gave us a warm welcome and Diallo left shortly after, promising to return later for our nocturnal rendezvous.

I had booked a one-night stay at the Baobab Belge, a B&B via Booking.com, anticipating that if it falls short of standard, I’ll move elsewhere. I didn’t have to. The Baobab Belge turned out the perfect place – nice, cozy and cost effective.

Saly, a major tourist hub is a beach resort town, about 70km east of Dakar, lying on the Petite Côte, and classified under the M’Bour Department in the Thies Region.

Saly is divided into three areas, or like Fatmata, my Gambian friend puts it, “…there are three Salys.” Saly Portudal, Saly Niakhniakhal, and Saly Nord. The heartbeat of the town is La Place des Bougainvillées which is in the Saly Portudal area. That’s where you’ll find the clubs, bars, casinos, restaurants, banks, shops, discos, ATMs, taxi rank, etc. The Baobab Belge was further down in Saly Niakhniakhal, about a 5mins drive away.

Dominique manages Baobab Belge with her Senegalese husband, Dudu. She had actually taken time to call me before I left Dakar to confirm my arrival and I was impressed by the fact that she offered to pick me up on arrival, but I told her I was meeting someone, Diallo. She showed me around the place and made me my first meal of thieboudienne (rice and fish) in Saly, after I had settled in.

Located just about two minutes from the beach (Plage de Saly), the Baobab Belge is a cute little B&B cottage with about five rooms in a garden-like space. These rooms of varying sizes are named after local musical instruments and they include: two Koras, one Balafon and one Tam Tam – I stayed in the Balafon. A two-storey building is close by where Dominique stays with her husband, and I learnt there were available rooms there too.

There are a couple of raffia shades, hammocks, and a cute little Jacuzzi-like tub in the garden. There’s a sitting area in front of the kitchen. The rooms have all the necessary convenience – bathroom with shower and toilet. Each room has a flat screen TV, mosquito nets and fans, as well as air conditioning. The environment is neat, welcoming and quite relaxing.

Dominique mentioned that she and her husband play with a band most evening at of the spot at La Place des Bougainvillées, but I never got to go see them before I left. They also organise activities like quad-biking and water sports for guests, and even take people on tours to places like Reserve de Bandia, La Somone, and other interesting places close by.

Staying at the Baobab Belge felt much like home, because I had the keys to the main entrance, so I could stay as late as I wanted. The people are was very peaceful and I remember walking with Diallo back to a La Place des Bougainvillées around 12 midnight, after he brought some items I asked him to get for me.

He had to get back M’Bour and he could only get a taxi at La Place des Bougainvillées. Of course I took a taxi back myself, but it was not because I was afraid. It was because it was dark and not too sure about the route.