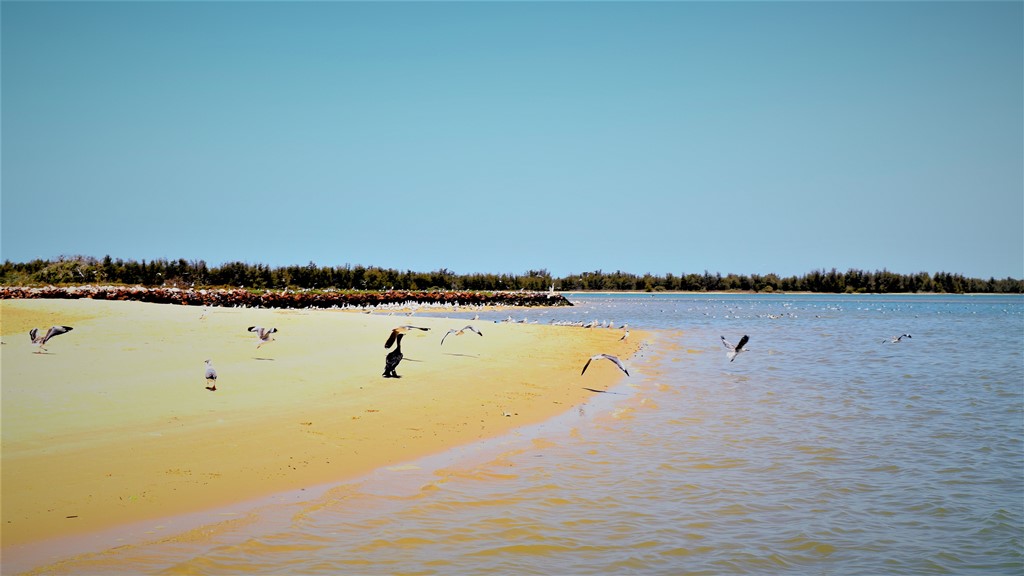 Too bad, Saint-Louis has not been as exciting as Saly for me. The problem was not with the city though. It was just the arrangement I had. If I had had someone like Diallo on ground, it would have been great. I can’t visit a place and not get to see the attractions when I’m working.

If I was on vacation, it would have meant nothing, but as it is, I can’t go back and tell my boss stories. We need content! I had figured last night from the information I got, I probably won’t make it to Djoudj National Bird Sanctuary, a UNESCO World Heritage Site, except I want to spend an extra day in Saint Louis. Djoujd was a day trip and I don’t have that time.

I opted for the Langue de Barbarie National Park instead, after Adama assured that we can do that comfortably and still get to see another attraction, La Réserve Spéciale de Faune de Geumbeul. That didn’t seem bad and I can leave town by midday, hopefully and be on my way to the Gambia – with a stopover at Kaolack though.

Adama came over in the morning with a taxi and we left for Langue de Barbarie.

We arrived at Zebrabar, a lovely accommodation facility on the banks of River Senegal after a 2-hour drive. After about a 30mins wait we got on a pirogue and sailed on the river to the bird park. I learnt the island where the birds are was shrinking with water level rising. The Langue de Barbarie like I mentioned earlier is a peninsula with the Atlantic on one side and the River Senegal on the other. It was not accessible from Hotel Djamarek, even thou we were on the peninsula. We had to do a 360 journey to get to Zebrabar where the pirogues to the park are.

After we returned to shore, we got in the cab and set out for Geumbeul. It was past 13:00hrs and thankfully there wasn’t too much to see there, except the tortoise.

We returned to Saint Louis, and stayed on the mainland where Adama got another taxi that was to take me to Kaolack. Adama offered to come with me to Kaolack, for a fee of course, but I declined. My new cabbie spoke no English and I wasn’t happy with that, but the guy radiated a certain benign ambience, I agreed.

We left Saint Louis as it approached 15:00hrs and didn’t get to Kaolack until around 21:00hrs. My cabbie managed to find Hotel Adjana – he was a great guy. A shame we couldn’t communicate much because of language barrier. I checked in and he left afterwards. I don’t even know his name.

After a while in my room, I thought about going out to explore Kaolack. I asked the reception to get me a cabbie who spoke English. They called me sometime later that a cab was waiting. Unfortunately, he didn’t speak English and we couldn’t agree on a price being negotiated by the reception. So I let go of the idea.

Although first published on morecreamthancoffee.com in April 2019, the story is a narrative of the writer’s experience from 2015.