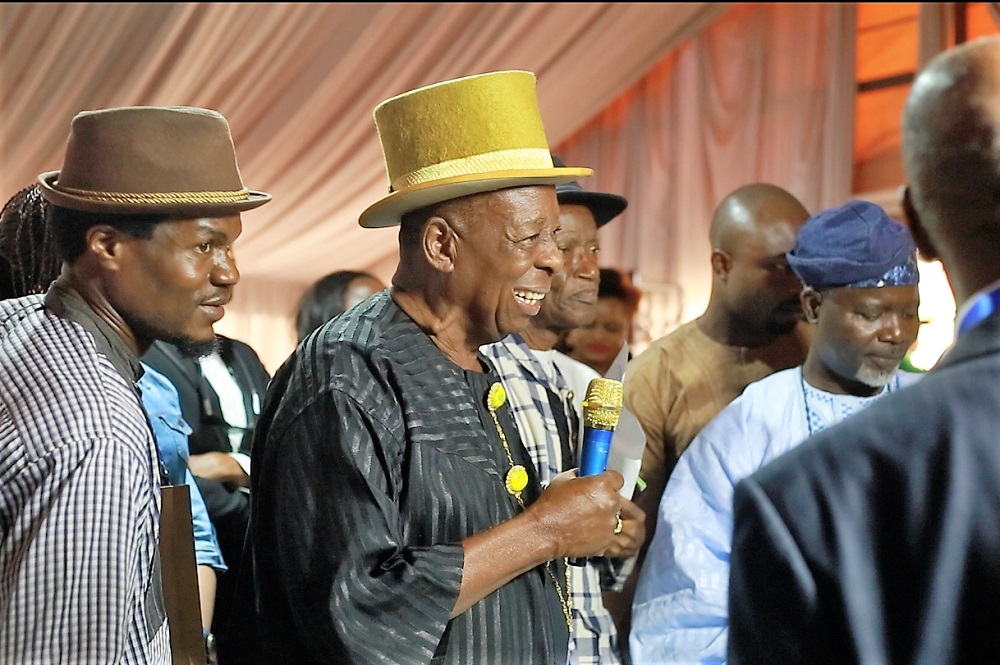 Chief Mike S. Amachree has put in over five decades of active service in the tourism industry and is possibly the oldest tourism practitioner in the country. At the 21st AGM of the Federation of Tourism Association of Nigeria (FTAN) in 2018, Chief Amachree was honored as the Father of Tourism in Nigeria.

Back in March 2017 at the Port Harcourt BANTABA, the septuagenarian was first honoured by ATQNews.com as Father of Tourism in Nigeria. Chief Amachree spoke with ‘Niyi David. The interview was initially published in the Uganda edition of Afro Tourism’s S.E.E. AFRICA magazine.

INTRODUCTION: My name is Chief Mike Sunday Amachree. I’m a tourism practitioner by profession. I hail from Buguma in Rivers state. I’ve been in tourism business for over fifty years. I have a group of hotels called Brooklyn Hotels…in Lagos, in Port Harcourt, in Abuja, and in my hometown Buguma. They’ve named me the Father of Tourism in Nigeria. Both the tourism association people and the press have named me the Father of Nigerian Tourism.

As at now, I’m the oldest person in the tourism industry. I’m up to seventy-five (years old). So if out of seventy-five, I’ve used fifty-something years which means I started this business from the age of twenty-one.

ACHIEVEMENTS: I started Abuja Carnival in the ‘90s before the government took over. I was the second person to start the Port Harcourt Carnival. The first one was started by the state government in 1980. Then in 1990, I did my own carnival. I was the President of the Association of Nigeria Tourism Practitioners (ANTP). I built the Port Harcourt Tourist Beach (Resort)… I built another one near the University of Port Harcourt – that one I called it Brooklyn Tourist Centre where we have (the) museum of African leaders, African kings and culture. People come to the museum to see things and study our culture and history. In Lagos, I have the same Brooklyn Hotel. I built another Brooklyn Hotel in Abuja, named Niger-Delta Gardens. In my hometown Buguma, I (also) Brooklyn Hotel…

I’m the first person to carry tourism practitioners to the President of Nigeria, General Ibrahim Babangida to discuss how Federal Government can help us to get tourism development fund. We established that fund. General Babangida approved that fund and communicated to the Central Bank to execute the loan, but it was not long when Babangida stepped aside and since then the Central Bank didn’t do anything for us until a new government came. That’s how we suffered that, otherwise…

I was a member of the committee that launched the Plateau State Tourism Development Fund. General Gowon was the chairman of our launching committee. During the launching, General Babangida was invited to be the special guest of honour and he made sure that we realised enough money for our programme in Jos. He asked every state governor, those military governors, that everybody must be present at that launching, and all of them came and donated a lot of money for us. We used the money wisely to build some roundabouts and some tourist attractions in the state.

Again there was a time that I went to Bauchi (state) to see the tourist attractions there. We went to Sir Abubakar Tafawa Balewa Mausoleum and I saw a beautiful place, and I said we ought to have people trading there, selling artifacts… I ordered the people in the ministry to allocate land for all the people who are selling crafts and souvenirs. Let them stay there and sell crafts and make money out of it because it’s a part of tourism. Other times, I represented Nigeria at tourism functions in various places. These are the little things I’ve done.

Something for my people… I built a house for the principal’s quarters in my hometown Buguma – that’s humanitarian services. I just built it for the school that this is from me, let the principal live in the house because I graduated from the school.

I travel a lot to different parts of the world. Anywhere there is tourism, any country that is popular and famous in tourism, I always go and visit them. I’ve visited Hawaii, Honolulu where I studied how they are doing… You know, during the Second World War, Japan destroyed (an) American submarine at Pearl Harbor in Hawaii. Since then the American government, the Hawaiian state have made it a tourist centre. If you go to Hawaii, it’s one of the places you’re going to visit. You’ll pay $200 or so and they’ll carry you to the place beside the submarine that was destroyed by Japan…

That is why I advised Imo State government about Oguta Lake. I told Imo state government that there’s a place where Biafra destroyed (a) Nigerian vessel in Oguta Lake. That place can also be used for people to make money. They can be conveying people from Oguta waterfront to the place and people will be paying money, and it will help the communities there. I suggested it to them. That’s how they’ve been making money from Oguta Lake.

Arochukwu Slave Trade History, I went to cover it in Abia…to know the extent of the slave trade. How the Aros were capturing slaves, bringing them to go and sell at the waterside. I’m asking Abia State government to put a monument there for visitors to come and see – put statues of some of the slave dealers who took part in the slave trade. It will be like a museum, and it will bring a lot of visitors to come and see how they were carrying the slaves from Arochukwu to Bonny and other riverine places.

PORT HARCOURT BANTABA: This is the third time I’ve attended their occasion (and) luckily this one is in my home state. So I appreciate it so much that what we have been having in Lagos and Abuja has now come down to Port Harcourt, Rivers State. That’s why I appreciate Ikechi Uko for all that he has been doing. When Ikechi Uko started tourism business, he was just my small boy and I brought him through. I saw what’s in him that he’s somebody who cannot just go back when he’s doing something. Whatever he has planned to do, he would do it to success before he moves back. So he has been successful. He has been doing these, even in some African countries. Any time I’m doing an occasion, he makes sure that he comes to support me, and that’s why I love him, and whatever he’s doing I also give him support.